Genesis 20.1 .Now Abraham moved on from there into the region of the Negev and lived between Kadesh and Shur. For a while he stayed in Gerar, 2 . and there Abraham said of his wife Sarah, “She is my sister.” Then Abimelek king of Gerar sent for Sarah and took her.3 . But God came to Abimelek in a dream one night and said to him, “You are as good as dead because of the woman you have taken; she is a married woman.” 4 . Now Abimelek had not gone near her,

Genesis 20.9 .Then Abimelek called Abraham in and said, “What have you done to us? How have I wronged you that you have brought such great guilt upon me and my kingdom? You have done things to me that should never be done.”  12 . Besides, she really is my sister, the daughter of my father though not of my mother; and she became my wife. 14 . Then Abimelek brought sheep and cattle and male and female slaves and gave them to Abraham, and he returned Sarah his wife to him.

Genesis 21. 2 . Sarah became pregnant and bore a son to Abraham in his old age, at the very time God had promised him. 3 . Abraham gave the name Isaac[a] to the son Sarah bore him. 5 . Abraham was a hundred years old when his son Isaac was born to him.6 . Sarah said, “God has brought me laughter, and everyone who hears about this will laugh with me.” 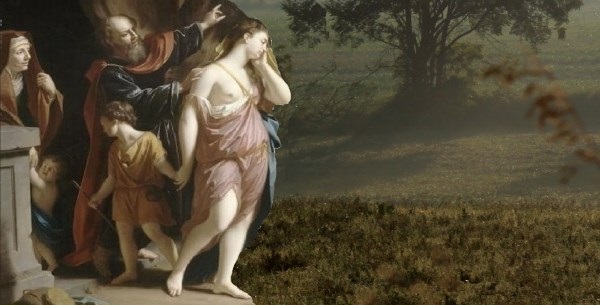 Genesis 21.14 . Early the next morning Abraham took some food and a skin of water and gave them to Hagar. He set them on her shoulders and then sent her off with the boy. She went on her way and wandered in the Desert of Beersheba. 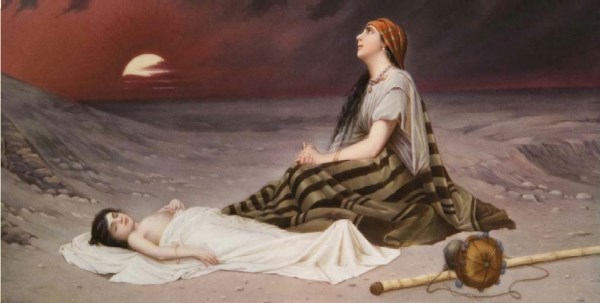 Genesis 21.15 . When the water in the skin was gone, she put the boy under one of the bushes. 16 . Then she went off and sat down about a bowshot away, for she thought, “I cannot watch the boy die.” And as she sat there, she  began to sob.

Genesis 21.17 . God heard the boy crying, and the angel of God called to Hagar from heaven and said to her, “What is the matter, Hagar? Do not be afraid; God has heard the boy crying as he lies there. 18 . Lift the boy up and take him by the hand, for I will make him into a great nation.”