Numbers 25.6 .Then an Israelite man brought into the camp a Midianite woman right before the eyes of Moses and the whole assembly of Israel while they were weeping at the entrance to the tent of meeting. 7. When Phinehas son of Eleazar, the son of Aaron, the priest, saw this, he left the assembly, took a spear in his hand 8 . and followed the Israelite into the tent. He drove the spear into both of them, right through the Israelite man and into the woman’s stomach. Then the plague against the Israelites was stopped; 9 . but those who died in the plague numbered 24,000.

Numbers 31.25 . The Lord said to Moses, 26 .‘You and Eleazar the priest and the family heads of the community are to count all the people and animals that were captured. 28 . From the soldiers who fought in the battle, set apart as tribute for the Lord one out of every five hundred, whether people, cattle, donkeys or sheep. 35 . and 32,000 women who had never slept with a man. 40 . 16,000 people, of whom the tribute for the Lord was 32. 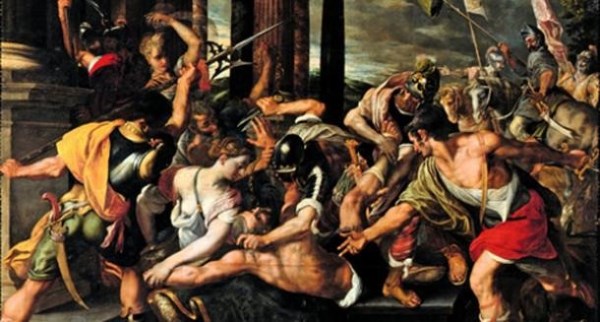 Numbers 31.1 .The Lord said to Moses, 2. ‘Take vengeance on the Midianites for the Israelites. After that, you will be gathered to your people.’ 7 . They fought against Midian, as the Lord commanded Moses, and killed every man.

Numbers 31. 14 . Moses was angry with the officers of the army – the commanders of thousands and commanders of hundreds – who returned from the battle. 15 . ‘Have you allowed all the women to live?’ he asked them. 17 . Now kill all the boys. And kill every woman who has slept with a man, 18 . but save for yourselves every girl who has never slept with a man. 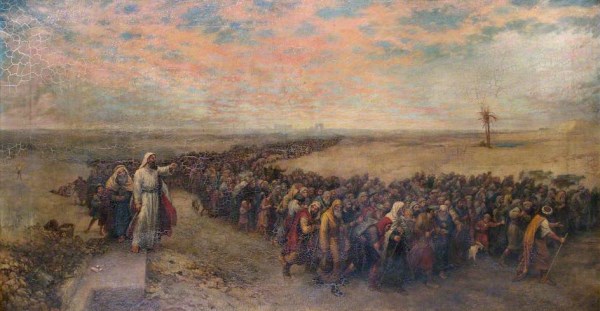 Numbers 32. 10 .The Lord’s anger was aroused that day and he swore this oath: 11 .“Because they have not followed me wholeheartedly, not one of those who were twenty years old or more when they came up out of Egypt will see the land I promised on oath to Abraham, Isaac and Jacob –  13  . The Lord’s anger burned against Israel and he made them wander in the wilderness for forty years, until the whole generation of those who had done evil in his sight was gone.

Deuteronomy 15.1 . At the end of every seven years you must cancel debts. 2 . This is how it is to be done: every creditor shall cancel any loan they have made to a fellow Israelite. They shall not require payment from anyone among their own people, because the Lord’s time for cancelling debts has been proclaimed. 3 .You may require payment from a foreigner, but you must cancel any debt your fellow Israelite owes you. 4 . However, there need be no poor people among you, for in the land the Lord your God is giving you to possess as your inheritance, he will richly bless you,

Deuteronomy 31.2 .‘I am now a hundred and twenty years old and I am no longer able to lead you. The Lord has said to me, “You shall not cross the Jordan.” 32.1 . Listen, you heavens, and I will speak; hear, you earth, the words of my mouth.

Deuteronomy 34.7 . Moses was a hundred and twenty years old when he died, yet his eyes were not weak nor his strength gone.